Joaquim Oliveras has developed his professional career, for almost thirty years, in the construction, infrastructures and utilities industry. During these years, he held several positions as legal counsel in different companies, being in charge of all legal matters of the companies where he served, risk management, corporate advisory and business development support.

Joaquim Oliveras served for more than 25 years in Agbar Group, a Spanish multiactivity water utility, in different roles and senior positions, either in the parent company and its subsidiaries. He has also been Board Secretary and General Counsel of Heracles Group, the main construction and services group in Andorra, and carried out multiple collaborations with public and private entities, providing legal advisory in Commercial and Public Law.

Joaquim Oliveras is a registered Lawyer, member of the Bar Association of Barcelona; he holds a Bachelor of Laws as well as a Master in Financial Management and a Master in Corporate Finance, both from ESADE Business & Law School.

Rafael has more than 30 years of experience as a manager in the Infrastructure sector, managing and coordinating multidisciplinary teams in the technical, legal, administrative and financial fields.

Very used to the search and achievement of consensus strategies with the various partners of the projects, both Industrial Partners as Public Administrations and Financial Entities.

For more than a decade he has served as Director of Concessions in a major construction company nationwide, forming part of the Executive Committee and the Board of Directors of some of the largest Concessionaire Companies responsible for the construction, management and operation of major state projects of Public-Private Collaboration in the areas of transport, sanitation, desalination, irrigation, singular buildings and renewable energies.

Rafael is a Civil Engineer from the Polytechnic University of Catalonia as well as a Master of Business Administration from ESADE School. 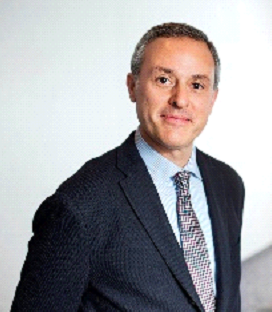 Joaquim primarily focuses on complex corporate restructuring and insolvency matters both domestically and in cross-border contexts.

He is specialized in Commercial law including transaction and restructuring advisory of companies in financial distress as well as Insolvency and Bankruptcy. Joaquim is a Spanish registered lawyer with 25 years of professional experience and holds an LL.M. and a Doctor of Law from the University of Heidelberg (Germany).

He was a fellow of the Konrad-Adenauer-Stiftung (Germany), the DAAD (Germany) and the “Fundación La Caixa” (Spain). Prior to joining CAPIOL Joaquim has collected significant experience in several national and international law firms (Dr. Frühbeck, Pluta and Rödl & Partner), being office director and managing director.

He has been also appointed an Insolvency Administrator by several courts in Spain. He is Board Secretary and General Counsel of International companies in Spain.

Joaquim is a lecturer at the ESADE Law School (Univ. Ramón Llull – Barcelona).

In addition to the core group, as ancillary areas of expertise, we enjoy a large network of relationships around the industry that allows us a broad access in specialized areas of relevant practice in the infrastructure industry.